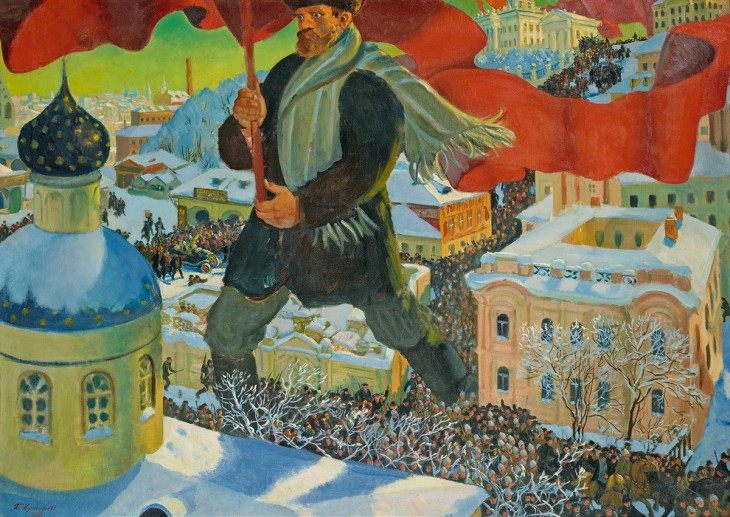 B. Kustodiev’s 1920 “The Bolshevik”. Credits to UK Royal Academy of Arts.

Last time, we explored Russia’s 1905 crisis and revolution, specifically focusing on its specificity: the power of the Petrograd soviet. We ended by saying that social revolt had calmed for multiple reasons, the most important of which was the cancelling of the annual redemptive payments from the 1861 reform and the excellent harvests of 1908-1909. This time, we will delve into the heart of the Beast: Russia, 1917, and the rebirth of the institution that will define the 20th century.